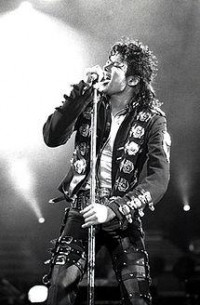 Jackson during a June 2, 1988 performance in Vienna, Austria

Michael Joseph Jackson (August 29, 1958 – June 25, 2009) was an American singer-songwriter, entertainer, dancer, arranger, music producer, choreographer, actor, businessman, musician, and philanthropist. Often referred to as the "King of Pop", or by his initials MJ,[2] Jackson is recognized as the most successful entertainer of all time by Guinness World Records. His contributions to music, dance, and fashion, along with a much-publicized personal life, made him a global figure in popular culture for over four decades.