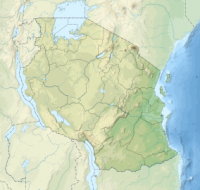 Saadani National Park is Tanzania's 13th National Park. Tourists can view animals basking along the Indian Ocean shores. It has an area of 1100 km2 and was established in 2005 from an a game reserve which had existed from 1969. It is the only wildlife sanctuary in Tanzania bordering the sea.