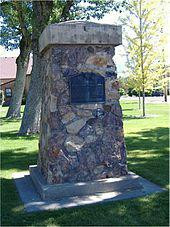 The first battle between Mormon settlers in Utah and the Timpanogos Indians who lived there occurred at Battle Creek, Utah. The sleeping Indians were outnumbered and outgunned, so they had no defense against the Deseret Militia who crept in and surrounded their camp before dawn on March 5, 1849. Mormon settlement of Utah Valley came upon the heels of the attack at Battle Creek, Utah.