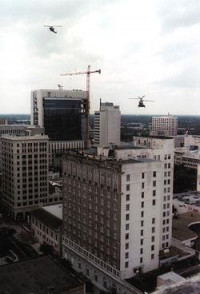 The Hotel Roosevelt fire, on December 29, 1963, was the worst fire that Jacksonville, Florida, had seen since the Great Fire of 1901, and it contributed to the worst one-day death toll in the city's history: twenty-two persons died, mostly from carbon-monoxide poisoning.