Ghostbusters (1984) Tavern on the Green

Rick Moranis as Louis Tully is trying to escape from the Terror Dog Vinz Clortho.  He tries to get help from the diners in the restaurant here called Tavern on the Green.  They just watch him as he is attacked and then carry on with dinner. 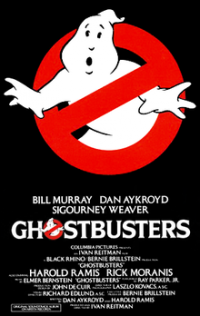 Ghostbusters is a 1984 American supernatural comedy film directed and produced by Ivan Reitman and written by Dan Aykroyd and Harold Ramis. The film stars Bill Murray, Aykroyd and Ramis as three eccentric parapsychologists who start a ghost-catching business in New York City. Sigourney Weaver and Rick Moranis co-star as a client and her neighbor, and Ernie Hudson as the Ghostbusters' first recruit.